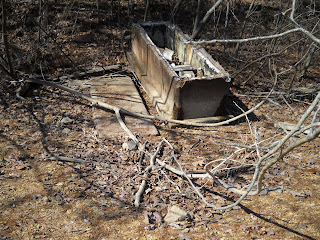 My family has been looking for 60 years for tombstones that had been thrown in Lake Hamilton from our family cemetery; a land developer did this during the Great Depression and sold the land to rich folks from out of town so that they could build houses on the new lake... I have looked for the tombstones all of my life and today I found what I believe to be my great grandmother, Mary Etta (Mollie) Gardner Clay’s tomb... She was the only person buried in this lost cemetery that was entombed...The lake was lowered this winter and today I walked the shore and found this... 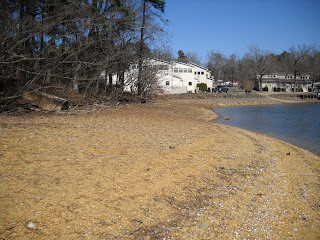 I was in the middle of writing a nice story for the February issue of The Graveyard Rabbit about a lost cemetery...I was just innocently taking photos of where in the lake that we beleived the markers to have been thrown whe a rock in the water was pointed out to me by a local resident..I was focusing on this rock and looking into the water trying to see something when I turned around to see what was scurrying up a tree when I saw this...I knew immediatly what I was looking at without having to get any closer..I was stunned still..I cried..stood still in my place and started sobbing...you can see in the pictures below one frame I was looking at a rock and the lake and the next was when I turned around! I have never really thought that I would ever find even a tombstone, much less this. We have always believed that it had been broken to pieces with a sledgehammer… 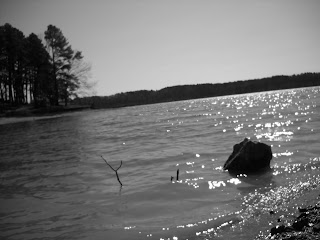 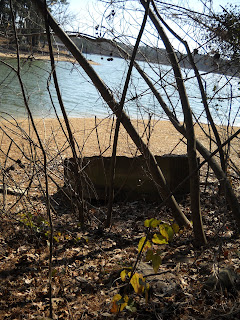 I just this minute realized that I am now the matriarch of my family...I have no one left to even call on the phone to tell of my find. It is Friday evening and I can’t even call the State of Arkansas because I don’t know what to do…They will raise the lake to cover this tomb starting March 4, 2010 and it will lie under the waters until next October…..What in the world should I do? Whom do I call and will anyone care? Or will I be the only one to know the secrets of the lost cemetery and who really threw the cemetery remains in the lake????????????

I will post the origional story that I was working on about this cemetery as soon as I can gather my thoughts!

First of all, I want to thank all of ya'll who have written to me this weekend..I am amazed at the love and concern that you have for me and my Great Grandmother who died four years after my mother was born and some 35 years before I was ever born.. I am fighting all of this alone except for all of ya'll..God Bless Ya'll!!!

Thank you for helping me to restore Mollie's dignity or the dignity of whom ever we find the tomb to have belonged to, in the first place..I want to somehow get thistomb moved 4 miles to my family cemetery where it can rest with her daughters, sons, grandchildren and the rest of the family! Or just plane ole have a place to be loved anyway!


Now, below you will find the email addresses of the news reporters who will be meeting me and Mary Ann Trubit who is with The State Of Arkansas this coming... I think I have finally gotten the right people hoppin! It was really harder than I thought it would be to get the media interested....except Jason Pederson he is great! Would ya'll email these reporters and let them know how you feel about this and maybe with ya'lls help we can get this tomb out of the lake and in a respectful cemetery!!! I really need to rally the GYR'S and all of the other troupes for this one!!! Sadly, people here don't value cemeteries like you and I do.. Please keep me in your prayers! On your emails please put your State or Country and affiliation GYR or Genabloggers or any other etc....you can also cc a copy to me also at ruthcokerburks@aol.com or post your comments at last2cu.net

With Much LOVE,
Ruth

Jason Pederson, (that is Pederson spelled with a D not T) he is the reporter for Seven On You Side At our ABC affiliate KATV Channel 7 , Little Rock , AR you can leave him an email at the link below..You have to go through their security screen to contact him.    http://cfc.katv.com/contact.cfm

Don Thompson is a reporter at our local newspaper The Sentinel Record his email address is don@hotsr.com


I called Wilbert Vault Company to see about having the tomb moved..They told me that I had to get a Funeral Director involved so, I called a funeral director friend and she told me that the County Coronor had to be involved! I then called my friend, Stuart Smedley, our County Cornorer.. Stuart told me to call everyone and tell them to stand down and not to show up until he has investigated it as a crime scene. A secret from 1934.. until a man threw the last tombstone in the lake in 1937. His neice bragged about it to me on the phone last night! This is getting way more than I ever thought of...

Can this get any stranger? YOU BET IT CAN and it will!!!!

I meet with the County Coronor at 10:00am in the morning to take him to where the tomb is.....

After meeting with our county coroner, Jason Pederson at our ABC affiliate KATV called and met with me and an 87 year old cousin of a cousin who had been to funerals at this very cemetery as a child and his very own great grandfather is also buried there!!! Jason even put it as the second story on the 5:00 pm news and it will be the lead story on the 6:00 pm newscast. I will keep every one posted on this and will try to get the video to link to this site!
JASON GETS THINGS DONE!! Listen to this ABC, just don't take him away from us!

Pete Thompson at KARK Channel 4 is a STAR Reporter!!

Pete Thompson who is a reporter for our NBC affiliate KARK Channel 4 in Little Rock did a fabulous job today in reporting on this cemetery outrage! A lady who lives in the condos, right beside the possible Tomb and overlooking the bay where most of the tombstones lay at the bottom of the lake came out and told us about how they had seen it for years and never knew what it was. She said that now she can see that it looks exactly like a tomb! Then a man, who I won’t call a gentleman, came up to us at the cemetery and questioned if it really was a cemetery and why I would tell anyone if it really was! He was highly insulted so I told him to voice his concerns to the reporter and he stormed off! He said that if it really was it might hurt his property values...Heck, it would increase mine...I would be thrilled! I am surprised that our local newspaper hasn’t followed up with me...They never came out to report on this…Maybe someone who kept their yard mowed got some kind of yard of the month award and needed their picture taken.

Pete Thompson from KARK really cares about his stories! Thanks, Pete!
Posted by last2cu at 4:36 PM 25 comments: 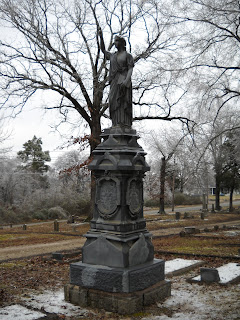 Valentine’s Day 1856, Somewhere in Virginia, America...it was in the days before the Civil War, which is always an important historical fact here in The South. But, this time Valentine’s Day 1856 is all that is in the thoughts of Mr. and Mrs. James Gibbs of Virginia as they celebrate their young love with the impending birth of their daughter, Cornelia, who would one day be the Valentine of all Valentine’s for one young man’s heart.

Miss Cornelia Gibbs came to Arkansas as a young girl and it was here in Hot Springs, Arkansas where she met a young man from South Arkansas named Robert Davies...Mr. Davies is the man whose heart she stole at first glance. Hot Springs, Arkansas was a beautiful, bustling young town in the mid to late 1800’s. Hot Springs was at a time, during the Civil war, the Capital of the State of Arkansas. The hot waters cascading down the mountain in the heart of the town was a sight that people would come by the train loads to see. Whittington Park was where young lovers would gather to court each other. It was here at Whittington Park where a young Cornelia and Mr. Robert Davies fell in love and soon married...Life was very good for the young couple. 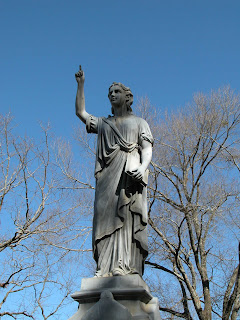 While Cornelia stayed at home raising their children and enjoying the life of young love...Robert was enjoying being a young attorney in a bustling new town closing in on a new century. The War hadn’t scared Hot Springs like it had other Southern cities, that is one of the reasons that Mr. Davies and his family had taken refuge here at the start of the war.

Cornelia was a joy filled mother and wife, her family was her heart and her heart was her family.. Five beautiful children would fill her days and entertaining her husband and his business associates would fill many a night...Cornelia was really and truly loved by all who ever met her. She was awaited at her church socials for her hospitality and just the plain ole fact she loved God and instilled that same love in her family. All of this is why the weeks leading up to July 2, 1884 were so terribly painful. Cornelia had just given birth to her sixth child when a fever developed and she took ill…The doctor stayed close and friends and family drew near. Everyone tried the best that they could to take care of her, nothing seemed to help...she grew weaker. Her dear husband, the love of her life, never left her side...Cornelia died that summer day...Life stood still. 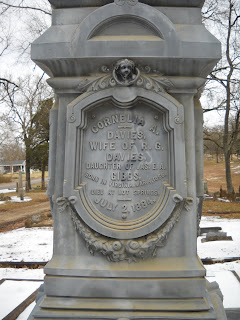 Her monument says more than I ever could…Death Came over Her Dear Form like an Untimely Frost, Upon the Sweetest Fairest Flower of the Field…. 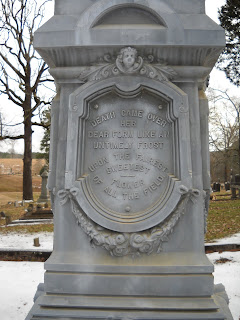 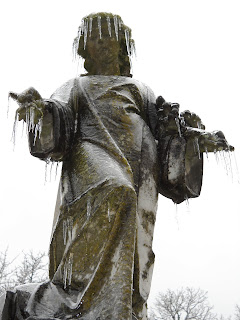