If You Really Knew Me.. 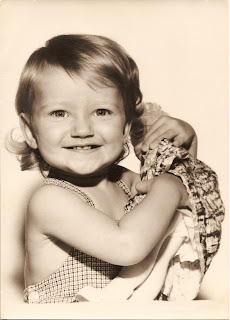 There is an Emmy award winning show on MTV called If You Really Knew Me http://www.challengeday.org/mtv this show is a must see for everyone. And we should demand that we get this program in every school district in America. We have to stop bullies in their tracks. Sometimes it may be our own family member; sometime's it may be us. We have to recognize this in ourselves and others and stop it in its tracks. Bullying destroys people's lives. We have to be brave enough to tell our own bullying stories in hopes of showing those who are bullied and to let people, especially young people that you can overcome being bullied and that Bully's can learn not to bully. They’re some people who are so hurt so badly that they hurt others... Others are taught by adults to bully.In adulthood they learn to hide it better. They get more

sophisticated "you are too thin skinned, It was a joke".
When I was a child I was bullied unmercifully. It all started in grade school. My daddy died when I was five and I had always eaten with him so when he died I stopped eating. I was so skinny. 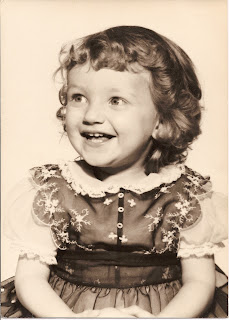 You will see the difference in my photos from before my daddy died and what my mother did to after he died. She cut my hair herself  all of my beautiful curls and dressed me in clothes i could grow in to for two years..I looked that way all through school. Daddy was the only one who loved me..and now he was gone...My mother was 40 years old when I was born so now she was 45 years old with a five year old child, me. I suppose I was lucky to not have a sibling that had to go through it too. 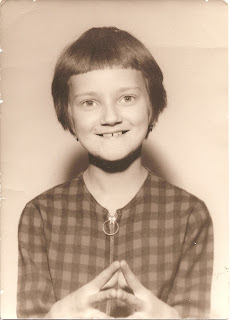 My mother was wrongly incarcerated in a Tuberculosis sanatorium when I was six months old and not released until I was five and in time for daddy to die. She lost her mind at the sanatorium and was profoundly mentally ill when she came home. She was also very ill with a lung condition that there was only four other cases in the United States . She had to have a lung removed  when I was in second grade so I was also her care giver. Her only care giver. From time to time she would put me in Hillcrest Children's Home and I wouldn't know if she was coming to get me in a day or for months at a time. My cousins were bully’s so I had no escape...I had undiagnosed dyslexia, so some of my teachers just thought I didn’t want to learn...They all thought that I was just dumb. I was called all kind of names. I had a second grade teacher who paddled me every day for something...Like failing a test... I later found out that she was going through a divorce and that is why she was so mean. Boo Hoo. There were other teachers who did the same, why? I don't know. There are a lot of mean people in the world.

I was bullied on the school bus, at school and at home... I wore clothes that came from the Salvation Army...Life as a child was miserable and at home was just as bad, if not worse. I was teased "your daddy's dead, your daddy's dead" or your mama's crazy. I was always picked last for any team on the play ground and everyone would groan because i had to be on the team...

But, I beleive that school life was the worst time of my life. Then in junior high, I had a speech teacher who taught me to succeed for the first time in my life, her name is Beth Childs. I learned through speech and prose and poetry that I was good and could win at tournaments. I learned to act in plays...I was a success for the first time in my life! Then I met a man who let me work in his dark room developing film, David Vann is his name.. He saw a flicker in me ..He let me go from developing film to taking his assignment to go to the local airport and COVER Jimmy Cater who was running for PRESIDENT of the United States for a local newspaper.. I was on the map because of him..He also changed my life. For both of them I will be forever grateful!

Home life wasn’t any better but now School was. I became the photographer for the school year book...so people liked me because everyone likes to have their picture taken. I never had a date in High School not even for homecomming or even my senior prom..No one would ever ask me out. It ws a very lonely childhood..This is the only photo I have of my mother and me. It was taken on a Christmas 1961 visit with her.  I was scared to death of her because i did not know her. 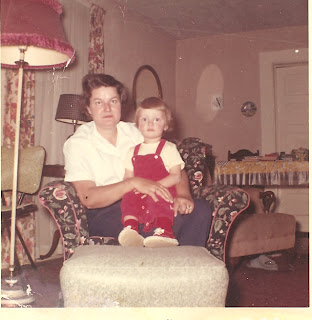 When I graduated from high school no one was there for me... My mother didn’t even come to see me graduate. There was no one to stand up for me...I made it anyway... I went to The University of Arkansas at Little Rock and graduated with a degree in Speech and Communication.
When I married, I married a bully because, why would I know any different? It indured for five very long years but,  I got my daughter out of it...So it was good for something. He came from a long line of bullies .When I became involved with HIV/AIDS in 1984-85, it was still called GRID Gay Related Immune Diffency. They hadn’t coined the name AIDS yet. I had the very first AIDS patient in Arkansas... My friend, Bonnie,  had her tongue removed from cancer in 1982 and while she was having all of her reconstructive surgeries, I paced the halls. I noticed a room with a big red bag all over the door and the nurses were drawing straws to see who would have to go into the room and check on the guy, then they would do it again. I learned that he had something that they really didn’t know what it was…it was AIDS...So, as you probably know I snuck into is room...He wanted his mother.. So, I went out to the nurses’ station to have them call his mother... They scolded me because I had gone in there. They said “honey, his mother isn’t coming, no one is. They haven’t been here is six weeks”.
I went back in against medical orders and he thought I was his mother so I sat down, took his hand and waited for 13 hours while he died. I then called his mother back and she hung up on me. I called back again and told her that if she hung up on me again I would put her son’s obituary in her hometown newspaper and list his cause of death...I had her complete attention. She told me that she didn’t even want him back to bury him...So, I called around and finally found a black funeral home who would cremate him...It was in south Arkansas.

My daughter and I went to a local pottery store and got  a chipped Cookie jar for free and I put this ashes in it, then my young daughter and I dug a tiny hole in my family cemetery and had a do it yourself funeral . I couldn’t even get a preacher to say a prayer over this young man. After that, word got out that this Crazy woman in Hot Springs who wasn’t afraid of you and would help you…over five hundred men and women with AIDS came along in the next few years. I helped them all. I even buried over forty of them in my family cemetery...Because, their families didn’t even want them to bury them...I vowed right then and there that no one would ever die alone, and they didn't. My mother had gotten mad at my uncle when I was ten years old and bought 262 spaces in our family cenetery so that he and his family couldn’t be buried with the rest of the family. I was an only child; what would i ever do with that many graves? ...Actually, God had given me all of those graves so that no one would go unburied. Now sick and dieing people were being bullied. It was open season on People living with HIV/AIDS.
After that chance encounter at a hospital, I knew why I had been bullyied . It was so I would never forget how it felt and what it looked like...In the next few years there would be such an illness that people would bully the sick, be mean to them and let them die without dignity.  I now knew what to do to stop that fear and the bullying that came along and I did. Do I get teary eyed about how I was bullied? Absolutly. Does it still hurt and make me cry for that little girl in me? You bet it does! And you never want to forget how it feels, never, because that is what will give you strength to stop it from happening to anyone else.
I have worked with bullies , I have gone to church with Bullies, I have found them everywhere I go, I have lived next door to them..they are everywhere.

Since have received The Arkansas Community Service Award from the Governor's Office and KARK, The JC Penney Golden Rule Award, One Thousand Points of Light from George Bush and many, many others..I tell you this not because I am special but, to tell you that being bullied has made me stronger and that the Good Lord had opened that door which I would have never found.

I want to tell you that if you were bullied, for whatever reason in the world, you can overcome it and that you really can make great things in this World happen,.. It will get better. It will get better! Always look for a child who is bullied and take up for them anywhere you go. Bring this program If You Really Knew Me to your school. You can make a difference!! 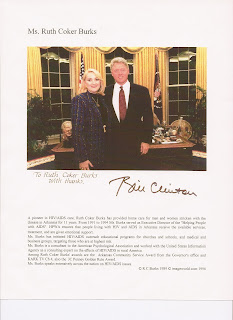