Tell Me About The Dash 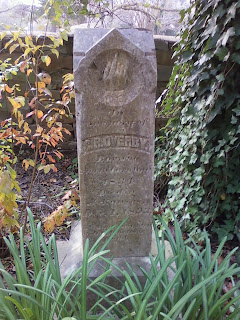 The topic for the January 2010 edition of The Graveyard Rabbit is The Final Resting Place. This theme comes from Colleen McHugh, author of the GYR blog, The R.I.P.PERS. Colleen wants us to investigate how families determine their final resting place. She goes on to say: In today's mobile society, does one choose a place near where they last lived? Or do they return to the place of their roots? Do they rest in a family plot? If so, and if married, whose family plots? How has the determination of the final resting place changed between the time of our ancestors and now?


I have been a lifelong taphophile, drawn to the history and culture of cemeteries and the stories they tell since Thanksgiving Day in 1964 when Daddy died. I was 5 years old and it was only my mother and me left to make all of the decisions about his final resting place. To her credit she explained each step along the way. We already had a family cemetery so that one part was easy.

Daddy’s was the first funeral that I had ever attended. Daddy was 59 was I was born and I am his only child. Daddy was a veteran of both World War I and World War II who was born and raised in Southwest Florida and the Keys. His parents and sister are buried in Homestead, Florida but Daddy wanted to be buried where I could grow up knowing him. I am forever grateful for his choice.

In 1970 my grandmother died tragically in an automobile accident and was buried in the same family cemetery. I learned the sad importance of a cemetery when my mother and her oldest brother Fred got into a fight and my mother bought the remaining 262 grave spaces in the family cemetery so that Uncle Fred and his family couldn’t be buried with the there. Yup. She bought the entire cemetery. If that wasn’t enough, she had her bronze marker put up next to daddy’s that said "Woe be unto you, Scribes and Pharisees, Hypocrites!” Matthew 23:29…Of course she didn’t use the whole verse that would have taken the sting out of it and would not have suited her purposes.

For the next ten years all I heard from my mother was, “If I go before Fred and you change that marker I will haunt you to the end of your days.” And at least once a day for every day of those ten years one of my mother’s sisters or one of my cousin’s would ask, “When your mother dies are you finally going to change that awful marker.” It made me afraid to answer the phone. Of course, once Uncle Fred died my mother changed the marker on her own.

In the years since I have worked in Family Services for independent funeral homes and large funeral and cemetery corporations and I can truly say that I have seen just about everything! My work and passion took me from my small hometown to one of the largest metropolitan areas in the county, Orlando, Fl. Orlando is a transient city, three years is the average time that a person lives in Orlando. It is there where one of my favorite cemeteries in the world is. Not because of its classical monuments but because of it majestic beauty. Woodlawn Memorial Park has been the final resting place for thousands of souls. It was cut out of the vast orange and grapefruit groves of Central Florida. There are over fifteen hundred burials per year! Woodlawn Memorial Park has every type of burial facility that anyone would want from towering mausoleums to single spaces to private family estates to million dollar private mausoleums overlooking a private lake to a beautiful cremation garden. In the cremation garden there are above ground niches, in ground inurnments, cremation benches and an ossuary where a person’s ashes are comingled with others. The options are endless.

I have heard more than once that there are over one hundred and seventy five decisions that a person has to make on the day of a death. I have met a lot of people who, when asked about what they want when they die say 'I'm just gonna be cremated and I don't care what they do with me". Really?? What if your wife buys a new red Corvette and while driving down the Florida Turnpike starts throwing your ashes out of the sunroof one hand full at a time? The gentleman usually perks right up and says that he wouldn't like that!! Oh, so it really DOES matter what she does with your ashes? Cremation is kinda like embalming and a funeral. It is what you do with the body or the ashes that really counts. If you have your beloved Henry on your shelf in the bedroom closet and a new husband arrives in your house; doesn't that make you really, really uncomfortable? Or maybe your new husband? So, where to be buried is just one of the decisions you have to make. I was one of the staff who signed the interment, entombment and inurnment authorizations. Note: if one in buried in the ground it is interment, in a mausoleum it is called entombment and if in the form of ashes it is inurnment…. is this too much information? Imagine trying to absorb it within hours of bereavement.

Sadly, many of the families that I see today have never talked about death and dying. Many families numbly choose a cemetery and other arrangements on the day of death just so they can have it done and over with. Coming from a family that lives to die I just can’t imagine that way of thinking! I would talk with the families and feel out what they were wanting and I would actually ask meaningful questions as to what the whole family’s plans were for everyone else’s burial? I would then find a part of the large cemetery that had enough spaces for the entire family to be buried together then I would hand each person a flag to indicate which grave space that they wanted for themselves. Their own family cemetery within a public cemetery. Most cemetery people never think about the whole family being buried around each other. I have never figured out why? I suppose they just don’t understand the family’s need to be together even if the family hasn’t thought of it themselves. I have seen new parents bring newborn babies to the cemetery to show them off to their late grandparents! Tell me that cemeteries don’t matter. Tell me that families and communities end at the moment of death.

Another thing I wonder about is the fact that we don’t tell our story on our monuments or markers anymore...In the 1950's,1960’s and 1970’s, someone also decided to make cemeteries look like parks with flat bronze markers so that we could pretend that death wasn’t really real and if we went to a park like area we would not be offended by seeing large monuments. Memorial Parks are sometimes beautiful but, most of the time they are unfriendly...the flat bronze markers don’t invite us to wander and linger reading the person’s story...Actually, there isn’t a story, just the facts...name, date of birth and date of death and a dash in between ..I want to know about the dash? What was the person’s life like, what did they do? Whom did they love and who loved them? What did they leave behind for us to figure out? 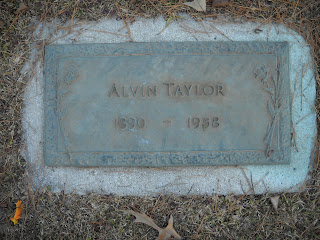 After 9-11 families started to demand that they are able to put up a granite monument with pictures and writing on it for the world to see. There was a silent Paradigm shift...It was then that we needed the comfort of an old fashioned cemetery where we could go to grieve...To tell the story of their loved one....A dear friend recently pointed out that in his opinion Memorial parks are many people's oasis' and that many people find that all of the fuss on marble or granite can sometimes be seen as a vulgar overindulgence. I haven't aimed to make anyone who has a loved one buried in a memorial park feel that they haven't made a thoughtful and loving choice. We all do the best that we can do on that horriable day that we will wish would never arrive.  I admit that since I have begun studying the symbology of cemetery monuments, I have fallen in love with the lost art of gravestone carving and am a bit opinionated!

Yesterday I attended the funeral of a long time politician and State Senator here in Arkansas. He was much loved and was very successful in getting laws passed that helped countless poor people and actually all of us. He was buried in a Memorial Park and will have a flat bronze marker...I am anxious to see what is on the marker that tells his story...I know that there won't be anything to distinguish him from anyone else buried there...There isn't enough room! We all stood in the cold pouring rain to see him home for the last time, his daughter is was inconsolable...I know that there will just be a dash in-between the dates...In a park, you just can’t fall on the monument and sob your heart out... You can’t take a rubbing and can’t read its language. I find it hard to talk to a flat piece of metal. I keep going back to the dash in between the dates and asking it to tell me something, anything.
Posted by last2cu at 4:48 PM